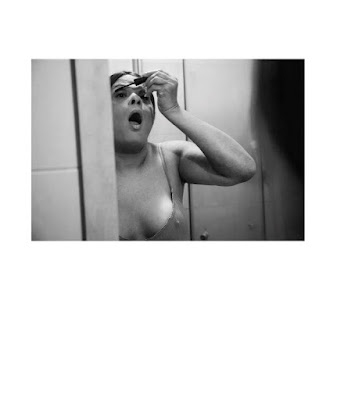 Award-winning television journalist who became a full-time photographer, Roni Ben-Ari brings to Bosom Bodies a sobering narrative about the world of prostitution beyond the lurid images we see in the tabloids.  This is not your 21st century of Manet's Olympia or a feminist view of  Picasso's  Les Demoiselles d'Avignon moved to Israel, Russia and India.  No - this is real life captured by a sympathetic,  gifted artist who met these "working women" between tricks and promotional posing in brothels.  She calls them Ladies in Waiting.  The artist explains: 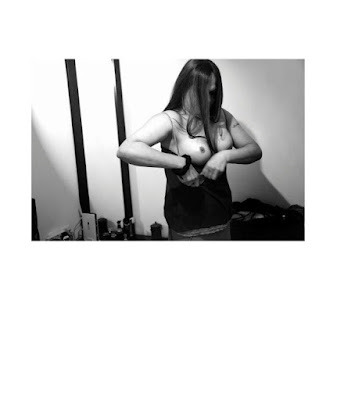 "In the  Ladies in Waiting photography project I was introduced to the lives of sex workers through my volunteer work in a mobile clinic in Tel Aviv. It is a clinic that offers medical treatment, food for women that work in prostitution ‒ in the streets or in apartment. The clinic’s staff includes a doctor, a nurse, social workers and dedicated volunteers that travel on set days to places that are known to have prostitutes who are subjugated to their profession. The female staff provides blood tests to identify sexual diseases, manual breast exam, condoms, and clean needles for drug use ‒ which are an inseparable part of prostitution. They offer sandwiches as well as cold and hot drinks. With these actions, they attempt to acquire their trust, and to provide them with an honest environment, a friendly face, genuine concern and a sympathetic ear. . . . . " 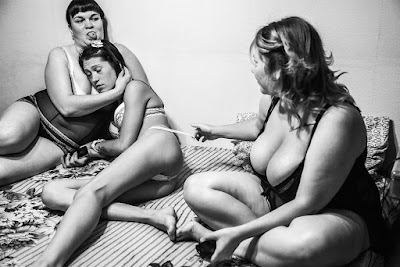 "Because I already met most of them and they knew me as a volunteer, I could share my interest in them as a photographer. If anyone didn’t want to take part, I left them alone, and to anyone that agreed I offered to set a day where we would sit with a cup of coffee in a place that was convenient for us both and we would talk without a camera. This didn’t happen right away. Building trust is a lengthy process where both sides, examine with a microscope, the honesty of the interview and the idea to be exposed. From the trust that was built, I became a fly on the wall ‒ present but not felt, serving as a witness to what is taking place in the woman’s daily life and in the lives of those like her. I gained a number of new friends ‒ life gave them a bad turn, but they remained women, daughters, people. Together we could take a walk, eat, drink coffee and talk about any subject without mentioning a word about how they made a living." 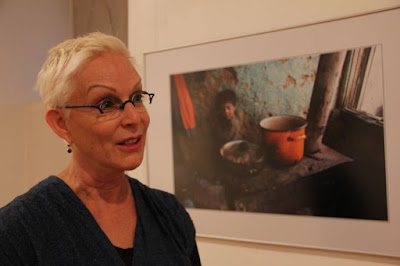 Born in Ramat Gan, Israel, Roni Ben-Ari's first career was in radio and television research and production.  In 1984, she became a television director and reporter.  In 1996, she became a full-time photographer, curator and multimedia artist.   She studied at the College of Arts and Crafts in Givatayim, where she dedicated herself to creating enamel work and silver jewelry.  In 1968, she switched into broadcasting and pursued her degree in 1976-78 at the TV Journalism College in Tel Aviv,  In 1988, Roni Ben-Ari was recognized with the Zvi Award for Journalism.  As a photographer, she was selected for The Humanity Photo Awards Exhibition, organized by UNESCO and the China Folklore Photographic Association in Guangzhou in 2009.  Since then she has earned the Julia Margaret Cameron Award (2nd Edition) in the category of Portraits and Figures, first prize from The Worldwide Photography Gala Awards in the category of Culture and People, and honorable mention among the finalists for the Jacob Riis Documentary Award (5th Edition), and the Hariban Award in Kyoto, Japan  - the latter two bestowed this year.  Among her curatorial projects were Quest in 2016 and 2015, in Tel Aviv and Tel Hai, Israel, respectively.

Ladies In Waiting continues Roni Ben-Ari's principle mission of bringing attention to people who are "the rejected, the invisible and the voiceless."  She wrote in her book on this series: "I spent time in a closed ward for the elderly, and I saw up close how lonely they are in a fancy and impressive building; I followed members of the Ethiopian community in Israel, closed up amongst themselves; I saw how passersby walked, without giving a look, on the homeless that hide in a torn cardboard box on a cold winter day or sleep on the sidewalk by the light of the streetlamp on a hot summer night; I passed the border every morning in order to tell a story about a stone that is used for building and not for war, in a place where Arabs and Jews have been working together for twenty years; I thought that I would drown in a hill of garbage that relentlessly grows without anyone thinking that it would be better to separate most of it and recycle; I resided in neighborhoods of gypsies that live in filth; in deplorable conditions at the city edge because it is easier to push them away than to live near them. . . . .

I photographed my current project Ladies in Waiting for a year and a half in Israel, India, Russia, and Holland. The project describes the reality of the prostitutes that work on the streets and those that work in brothels. I wanted to understand what happens to them, from a human perspective, while waiting for the 'next one on line,' before they experience, yet again, the exploitation of their body and soul."

It has been a privilege to exhibit Roni Ben-Ari's work within the context of Bosom Bodies. In the midst of this "Harvey Weinstein" moment that lays bare the culture of sexual harassment, misconduct and abuse among the rich and powerful, Ben-Ari's work reveals yet another chilling example of misogyny that requires our attention and sympathy.  For more information about Roni Ben-Ari and to see her interviews on video, please visit her website: Roni Ben-Ari.

Bosom Bodies closes on Sunday, October 29th with a Performance by Marcy B. Freedman, an Artists' Panel on "The Personal Becomes the Professional" and a reception.  Come join us from 3 - 5 pm at SIA Gallery, 1 South Division Street, Peekskill, NY.

Bosom Bodies is a 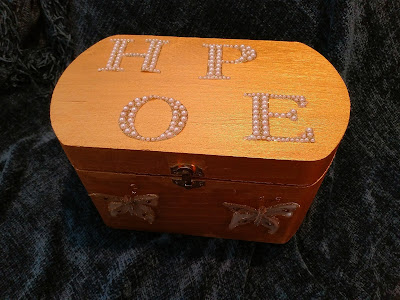